Over the last couple of months, we’ve published some stuff that has generated quite the heated discussions in the comments sections of our blogs, on social media posts, and even extending into some emails, phone calls, and personal discussions that we have been fortunate enough to continue. Most notably, we are looking at the responses to the blog post “Older Therapists Hate Younger Therapists”  and the recent podcast episode “Millenials as Therapists”.

Generally, the responses can be broken down into the following categories for prelicensed and therapists who are chronologically younger:

These seem to be fairly consistent descriptions that are open to a wide variety of experiences, but by no means indicate that what was described in the blog and podcast as being universally factual.

I am making a point to explicitly separate younger therapists from inexperienced therapists. As several people commented, some of the necessary protections and structures of overbearing supervisors is due to unskilled or inexperienced employees, regardless of age. As a field that has entry points at many ages and may be a third or fourth career for many, we do see cohorts of prelicensees that have a wide variety of age ranges that makes oversimplification an issue.

But through this, we noticed some other things as well. At its core, most experienced and chronologically older therapists had a core message that could be interpreted as a desire to be recognized for the effort that had gone into their careers and their contributions to the field and workforce that they didn’t feel was being recognized and respected by a younger and more inexperienced workforce. This seems completely respectable when phrased this way.

Chronologically younger and more inexperienced therapists instead are demonstrating the idea of “What have you done for me lately?” that seems to contradict the deference desired by supervisors and managers. But even phrasing it that way stirs levels of emotions that only serve to drive the reaction back into a space of argument. Phrased in a different way, it sounds more like “The Supervisory Alliance is not working despite, not because of, your history.”

Both sides of this discussion are available to everyone involved in the discussion, but why are both sides gravitating toward the more emotional aspects that validates their view? In the very first line of the “Older Therapists Hate Younger Therapists” blog, the very first question was “Why are we so bad at applying therapy skills to…therapy?”

The short answer is that we are emotional, reactive creatures. Intelligent, yes, but not without the same human issues that many of our clients bring. We would expect that therapists earlier in their development to be prone to the trials and tribulations of emotional reactivity, but established therapists don’t reach an enlightenment that suddenly makes them immune from the very same thing. Skills based deficits are things that must be taught and shaped in supervision and trainings, but the younger therapists in these discussions were making complaints that weren’t being heard by the older therapists. The complaints were around the realities of being able to earn a livable wage, find a work/life balance, and be encouraged and supported through the process of one day becoming a peer.

But aren’t these the same issues that we see presented in clients? Concrete skills delivered in a supportive way, gentle challenges of looking at themselves in a different light, and an advocacy to change the systems that make up their lives? With the general field of mental health moving away from the medical model and into the general direction of Recovery Oriented Systems of Care, shouldn’t the parallel process of supervision move into the same direction? We expect beginning therapists (and established ones, too) to become collaborative with their clients and encourage their clients to be readily involved in their treatment and outcomes, but we fail to really encourage our supervisees in general to be able to have the same opportunities. Do we really think that lowly of those entering into the field that we aren’t offering the same respect to people with graduate degrees as we do to consumers of the services that they provide?

Which leads to the next part of the answer to the question of why we are so bad at this: we aren’t doing a good enough job of teaching therapists how to be leaders. In business, the Peter principle is the general idea that people get promoted to their level of incompetence, meaning that people get promoted to the level where they are no longer capable of performing the job with competence. In our field, management is not necessarily a structured training that many people in supervisory roles go through. Instead we rely on supervision training, which tend to focus on issues faced by the supervisee rather than the supervisor. There are a handful of studies on issues of supervisors, but they either tend to focus on supervisees reporting on abuses caused by supervisors or on the need for supervision of supervision (editor’s note: Curt is a CAMFT Certified Supervisor and provides supervision on supervision). But without effective leader training and reflection on the actions of those in power, we are doomed to repeat the same mistakes as the generations before us. Sound eerily familiar to family systems work? So again, we are not so good at applying these principles to ourselves.

Another piece of the puzzle comes when we are able to reflect on our own process as a supervisor AND be able to disclose our process to our supervisees. The literature on this topic of disclosure generally supports a positive correlation between supervisor disclosures (within reason, of course) and supervisee responses. We are supposed to model how to be as a therapist—something that is authentic, which in and of itself is one of our core principles here at The Modern Therapist’s Survival Guide—yet sit in our roles as leaders afraid of crossing boundaries. While the nature of this is in need of much more research, we are instead passing along the same limited disclosures as our predecessors. We cannot expect the deference and acknowledgement of our work unless we model the way that knowledge and respect are to be shared.

The appeal to emotion is something that we have to acknowledge that we all fell into over the last couple of our posts. We are only as good as our ability to accept that and act on that acceptance. 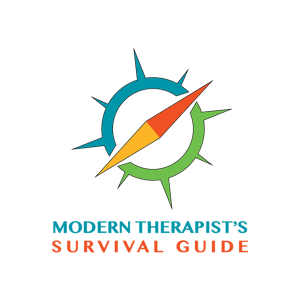 Who Gets to Have Therapy?
Scroll to top